I Never Lived in New York 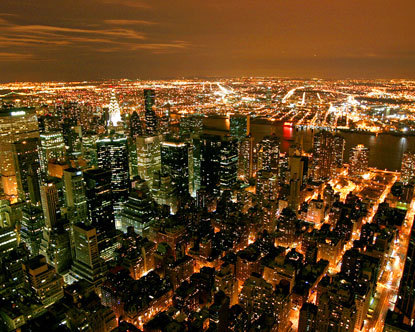 You take the Lincoln Tunnel and stay to the left......

My folks were from New York. Brooklyn, to be precise. I know that I visited my grandmother there, but I was 5 when she died and after that, we never went back. It was curious to me,therefore, that when my parents would tell stories about New York, they would give directions to every single place mentioned in the story. The story of how Mom got a washing machine included elaborate instructions on how to get to Carteret,NJ. I never understood why I not only received instructions on how to get to Macy’s, but also the best place to get a cup of coffee and a Danish near Macy’s. It was as if my parents had never left  New York. It was very strange.

I recently had to drive to New York City to drop off my daughter’s rascally dog. As I crossed into New Jersey, the landmarks became familiar, which should have been impossible, since I had not been anywhere near here since I was 5. My parents constant instructions to get from one place to another were ringing in my head. It was like they were in the car. I made it in one piece to Midtown Manhattan, slowly yes, the traffic was so heavy. Once, I went down a street that had been closed down because the U.N. was in session and President Obama was speaking to the assembly, but that was all. It was very strange.

Rebel Leia - Not a Good Look for Anyone

Painting Your Child's Portrait for Christmas