Thoughts on a Midwinter Solstice, Just Before Spring 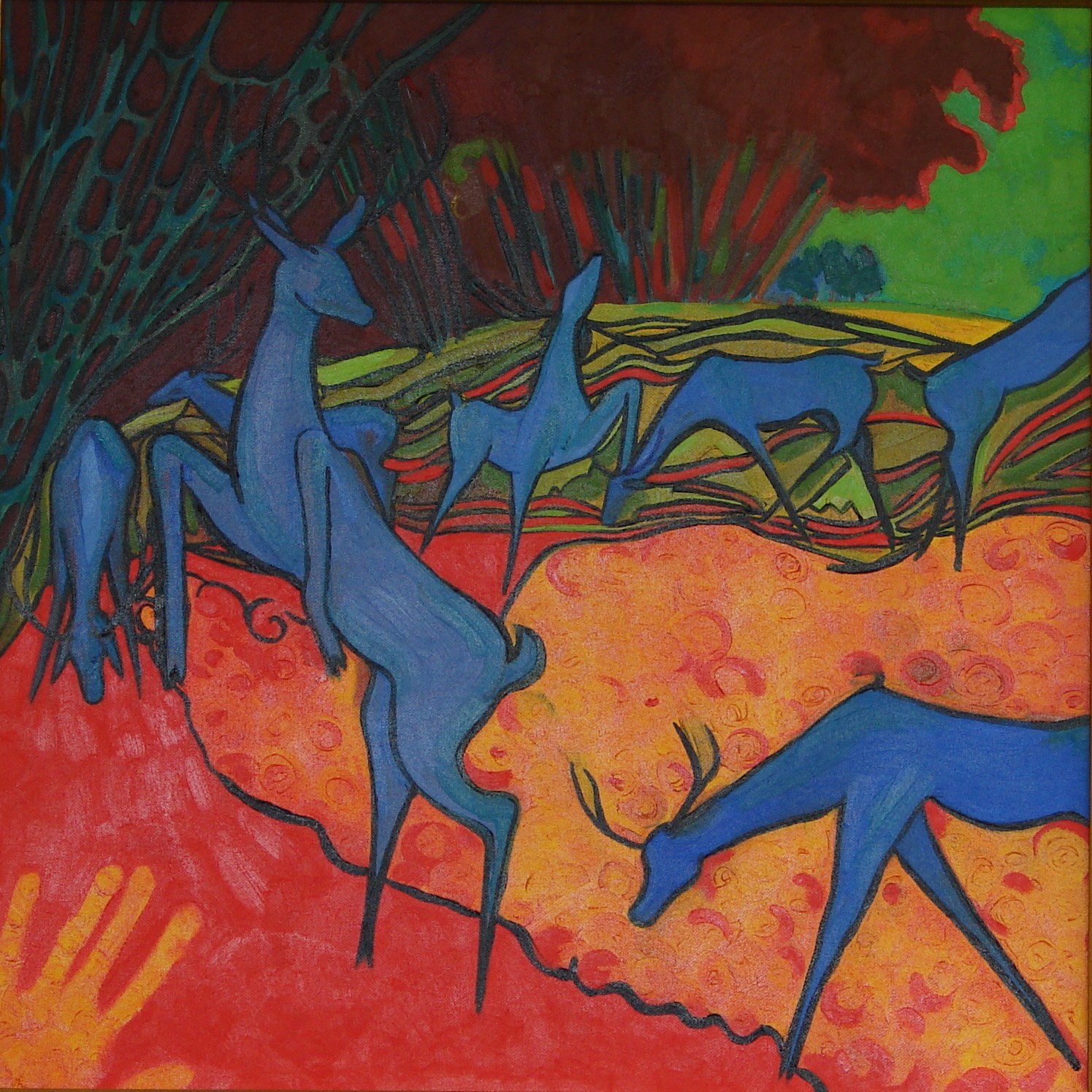 Today, I thought I’d share with you a little of my inspiration behind one of the paintings I recently sold, Midwinter’s Solstice. I was trying to capture a forest scene witnessed rarely and only by hunters and naturalists. Before the mating season starts, all the yearling males are driven out of the herd and the young males form small herds for winter. Around midwinter the males go deep in the forest to clearings and parade and rear up at each other. They clatter their horns in mock battle readying themselves for the next year when they might face off with the older males. They give the appearance of dancing in a ceremonial ring. Midwinter’s Solstice is a joyous and brilliant rendering of this natural wonder. It was lots of fun to paint, especially since I love loading the brush and watching the paint squeeze out of the bristles as I lay it down. It’s gone to a good home now, but I’m hoping to capture more moments like this in the future!

Artistic Mishap of the Moment